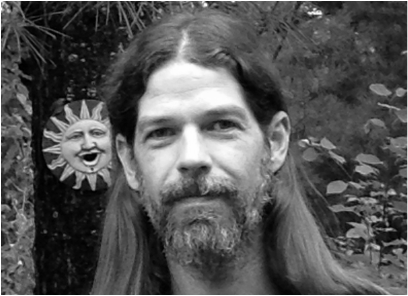 Easy Enbrightenment
There are two principle teachings within Enbrightenment. The first is that God Realization (The Only Realization) is an inherent and necessary quality of Existence ItSelf, and thus, the Transcendental (not separate from you) Nature of Realization ItSelf is the Only Way the individual can consciously Transcend and surrender the activity of the feeling of separate self. The first says spiritual practice (sadhana) requires at least a Faith (if it is not already Directly Obvious) based Realization of our True Self (since this is Already how It IS - in reality - this is possible), discovered As Transcendental God ItSelf. This Realization Is Always Freely Available to ALL right Now (without at least a Faith based Realization of Self there is No real spiritual growth or awakening). For the beginner, by having the Faith based coupled with an intellectual understanding the individual is coming at the activity of ego from two 'directions'. One is from the Transcendent, non-conceptual, consciousness and the other is from the verbal, from the body/mind's up front mind. One can think of it as coming from the inside and the outside. Fundamentally, the idea is to integrate an openness to our Self-evident and Self-obvious Transcendental (not separate) Realization into all moments.

The Self realized in the beginning is the Same Self bodily Realized through the process of Enbrightenment. The second teaching says that the body progressively realizes the wholeness of the Spiritual Cross (esoteric spiritual anatomy of consciousness discovered in the midst of the human condition), and that bodily conscious process involves God capitulating (making the body/mind Its Own – Living in God’s Will Perfectly in All moments of existence) All forms of bodily consciousness unto a Single Source of Consciousness.

This can all be summed up like this. God is the only reality and identity of existence, the egoic (sin) state of consciousness denies the transcendent reality of consciousness moment to moment to seek a separate and unique identity in the midst of the universe. This activity of seeking a separate and unique identity is the Very activity of consciousness blinding the body/mind from the True Light of God’s Eternal Nature, which Is the Only Real source of Identity; and IT lasts longer than a micro-second. Therefore, the activity of ego, the constant inward feeling of separation and relationship, must be Transcended in all of its faces through the Only Transcendent Quality of Consciousness of Reality ItSelf, and That Is God’s Eternal and Divine State of Existence. The old idea of an eternal soul and/or some kind of eternal unique person is not in-line with Reality Revealed As God Only ItSelf, and ALL attachment to ANY form Is suffering, and results in perpetual suffering.

God Only Exists Eternally, and ALL appearances, forms, and heavens and hells, and ALL in between come and go – they ALL have beginnings and endings, and are subject to change. Furthermore, the body/mind must submit to the Source of All Consciousness in order for the True Process of God Realization to fundamentally progress and Awaken. In that submission the sense of personal self (egoic ‘me’) is the activity which is purged, annihilated, and ultimately vanishes during the Process of Enbrightenment. One may think of it like blowing out a candle with a poof of breath. Thus, the first teaching means that Self/God Realization is necessary for Real Spiritual growth, and the second teaching says that once Self/God is Realized the individual is Transformed through the Awakening of the Spiritual Cross, which is Empowered via God’s One and Only Everlasting Brightness. A egoically possessed person is self possessed, and in Self Realization the individual is God Possessed!
​
This entire process of God Realization is what I call Divine Enbrightenment. The anatomical structure of consciousness that manifests within and through the body/mind during the Process of Enbrightenment is called the Spiritual Cross. The total Awakening and Realization of the Spiritual Cross is correlated with the entire Process of Enbrightenment. All the stages of Enbrightenment are broken down in my Testament of Resurrection and God Realization called “The Resurrection Testament”.