Collaborative Ministry for All

﻿Enbrightenment is developed as a western tradition with eastern parallels. The basic tenants and/or metaphysics of Enbrightenment are as follows:

[1] - fulfillment of God’s plan (which means this life time is not the only possible life time, and there are many possible deaths in many possible bodily forms until the individual ego surrenders eternally),

[2] - God is transcendent/beyond all worlds and appearances and Eternal God does not have any bodily form or exist in any time and/or space world/universe, and creation is spontaneous, not an ‘act’ of God in any bodily form from any point of view – God is transcendent of all points of view – God Is Perfect Reality Overwhelming Light (God is always and perpetually beyond/prior to all forms of existence),

[4] –we are made in the Image of God (God is the One and Only Identity of all, and God is both the individual and the reality world of the individual, and nothing is Other than God – God is all),

[5] –Sin is turning from our Image in God for a self image and will (ignorance of the reality of the inherent/in-built realization of existence/God itself), 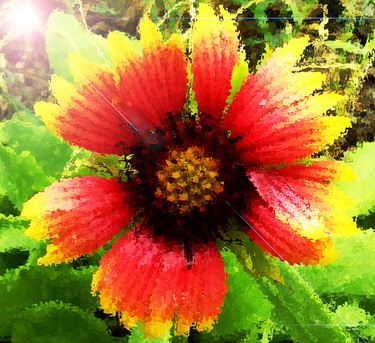 Enbrightenment has been developed by Jared J. Kimble as a spiritual tradition that uses (primarily) western terms and is intimately connected to the world’s religions via similarities in metaphysics and teachings, and an underlying teaching that God is One and there is Only One God (Realization) for all. Jared J. Kimble has two primary Gurus whom have been a part of his spiritual awakening. Jesus Christ and Avatar Adi Da are those two primary Gurus, and Enbrightenment feels really similar to both spiritual traditions in different ways; although Enbrightenment does not claim to be a break off from another already established tradition; with either Adidam or Christianity (or any other).

Enbrightenment ultimately developed into something completely New, but with parallels in teachings with both Christianity and Adidam, and is a part of the historical process of the Divine Emergence of God on Earth as All (which is a historical process with real historical progress in the revelation of God/Truth Realization via certain individuals and communities - cultures - religions – traditions, this is and has always been a collaborative process with all people). Enbrightenment appears as two spiritual traditions, but they are deeply and truly one spiritual tradition; Enbrightenment is an umbrella tradition and Christ Enbrightenment is sub-tradition devoted to Jesus Christ and serving his Ministry and Testament.

Adidam: The parallels with Adidam say nothing new relative to the teachings, although wording may appear different or similar at times to those of Adidam there are no intentional connections or references to Adi Da or Adidam, unless otherwise specifically stated. Both Adidam and Enbrightenment offer the same fullness of heart communion (including and primarily and principally) through the Living Transcendent Realm of God (Divine Self Domain). The practice of Guru Devotion is the esoteric way of realizing heart communion within Enbrightenment (practiced in Adidam), and the practice of Vision~Inquiry (Bhakti yoga) is the foundation of the way of Enbrightenment.

Theology and Historical connections of Enbrightenment: Enbrightenment is Self Realization and the fulfillment of the process of whole bodily transfiguration that is born (only) from Self Realization. Enbrightenment puts this together in a way that makes what has been talked about partially in the world’s religions and brings all this together, and reveals the wholeness of the Full teaching (total God realization and resurrection) in one tradition. Therefore, all similarities with other religions and traditions on Earth are not merely coincidental, but they are probable and necessary to show real historical progress for our (humanity’s) Great tradition of Spiritual Realization of God, Truth and Reality.

The theology and historical connections of Enbrightenment with previous realizers and spiritual traditions/religions are understood to be dogma and belief, and nothing more. These connections viewed in the eyes of theology and history simply provide a clear understanding of the story of Enbrightenment and the kind of work and service Enbrightenment is doing and will be doing in the future. The focus of the following commentary involves the historical connections and an understanding of two particular Spiritual Masters, which are Jesus Christ and Avatar Adi Da.

The proper understanding (according to Enbrightenment and Christ Enbrightenment) of the progressive and historical manifestation of God Realized humans on Earth connects all this to the revelation of God realization over history; some realizers (at different parts of history) awakened different parts of the Spiritual Cross and also began giving the Transmission of that particular part of the Spiritual Cross. Historically, no one had realized the whole Spiritual Cross, and no spiritual master had realized the right-heart until Jesus Christ, and not until after his Resurrection and Ascension to the right hand of God, which is the first time right-heart communion or the blessing Light of the right-heart (of the Living Transcendent Realm of God) became a reality on Earth (the tearing of the curtain in the temple was a sign of this - Matthew 27:51) through a spiritual master. Jesus Christ talked about what he was beginning to see, but not yet realized himself; thus, the right–heart and the Resurrection current appeared only as vague statements.

Matthew 26:64 - New International Version (1984)
"Yes, it is as you say," Jesus replied. "But I say to all of you: In the future you will see the Son of Man sitting at the right hand of the Mighty One and coming on the clouds of heaven."

This is the way it has been historically on Earth until there is direct Seeing and Realization of the right-heart and the Resurrection Current by an individual before physical death.

The historical progression of God realization at the time of Christ had not passed any further than what Jesus Christ was living right before his bodily death. This historical event then ‘opened’ the way for someone to Realize the right-heart and Resurrection before physical death (Romans 6:4 and 6:8 - 2 Corinthians 4:10). References to the right hand of God in the New Testament are born from mystical visions and intuitive visions (of the right-heart of the Spiritual Cross and the Resurrection Current that ascends from the right-heart into the crown and eye), but not from Direct Realization, thus, the language used to describe this appears archetypal and not literal (Eternal God does not have a left or right, or up or down, body or shape). With the appearance of Christ Enbrightenment comes the Full right-heart Transmission through Jesus Christ, and not until the appearance of Christ Enbrightenment. Moreover, this ministry is directly related to a historical experience with Jared J. Kimble in relationship to the right-heart and the Resurrection Current. Here is a quote from the ‘Story of my awakening’ by Jared J. Kimble.

The day this happened is unclear, but the memory and ‘Vision’ are Unequivocally Clear. Jesus Christ Ascended on the White Horse from my right-heart, and he Ascended into my Crown Star and Revealed the ministry that would come through me. The whole Testament of Christ became Perfectly Clear and that it was time for My Testament of Truth.

The theological history that Enbrightenment recognizes includes both the historical Importance of Jesus Christ (opening the way of the right-heart and the resurrection) and the historical Precedent of Avatar Adi Da (whom was first to realize the resurrection current and the final and true stage of Spiritual realization). Jared J. Kimble is bringing this altogether through the history and theology of Enbrightenment and Christ Enbrightenment, and Jared J. Kimble is developing an integral and collaborative spiritual tradition that will be sustained by an always bodily living Guru whom is bodily and totally Resurrected through the Spiritual Cross. Enbrightenment does not find it necessary to believe in the theology and historical connections in order to practice or understand/realize Enbrightenment. The history and theology of Enbrightenment are secondary to heart communion and whole bodily realization of the Spiritual Cross.﻿